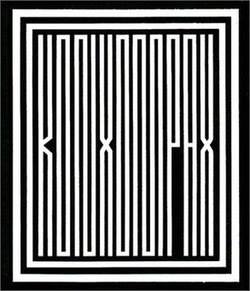 A∴A∴ is a living body. More so, the A∴A∴ is at the same time a living organism of that simplest, most wicked nature. The species that manage to survive over time, which adapts to all circumstances and every environment. A∴A∴ is a virus of the deadliest kind, one transmitted by thoughtful touch. Its incubation period is ever; although nobody has yet perished from it, for sure no one has been cured. That virus, once settled into its host, starts to do something that is an entirely unique phenomenon in the universe. Instead of changing its host, it changes the universe. So elegantly, with such sophistication, that the host himself also starts to change without even noticing, because he is a part of that same universe. Actually, it is not yet known is the change of the host the result of the virus act, or is it a self-delusion of his immune system. Its treatment is so slow that we cannot say for sure if this change is the result of it, or merely a natural deviation occurring over time. A∴A∴ is a virus, once inserted into our mind it starts to eternally reign over us, without even doing anything at all. Its fundamental influence is upon the system of thinking and neural connections. As if the infected being, frightened by the appearance of this new foreign body, starts to surround itself with the light, so bright and so enchanted that it casts away all darkness. A∴A∴ is an elusion of light; it is a mist of never explored region, it is an excuse of our being that, under the state of emergency, starts to produce a new value, spiritual value, and the whole system begins to work for this new purpose. For war. What is then this foreign body whose cause is ourselves? Who is the real host and who is the real intruder in this wondrous mechanism? And what kind of war is it which seems like a game, again so serious that seems like a war?

Master Abuldiz once said that the A∴A∴ is All. And it looks like we need that to be repeated to us once in a while. Before we endeavour to put things into place, it may be convenient to first try to define that All or Everything. Everything is a concept delineated by two quite certain points, that which we call the beginning and that which we call the end, and the whole essence of this story lays woven across this loom. Unfortunately, nobody remembers the beginning, and from the end nobody has returned, so the geography of this region is pretty obscure. On the other hand, regarding the history itself, humanity mostly remembers only what it finds suited; but what is indeed certain is that there is nothing that shakes the human society as extraordinary as the appearance of Genius. Hence, what is a Genius? What is this anomaly whose nature is Everlast and outcome is Always? If something is certain, there is a mechanism through which a divine scheme is manifested, no matter how random its appearance may seem.

The concept of Genius is tightly connected with the concept of the A∴A∴, by the plain fact that both of these concepts have no reasonable explanation. What we can openly assume is that Genius is a specific form of not intelligence but awareness. In a similar way in which the term Buddha differs in Hinayana and Mahayana, the Genius in our contest does not necessarily represent a person with intelligence, but rather with a specific authenticity which, though often uses high intelligence, does not necessitate it. It seems that Genius is a being less conscious of himself and his surroundings than it is of the interaction of these two, or, to put it in simpler term, a being who is aware of his own path and his true nature. Genius draws and finds resemblance from all spheres and all heavens, and we shall only mildly mention one of Parsifal, Levi, Leonardo, and Tesla.

A∴A∴ is a virus that paralyses the body so the Genius could possess it; so briefly that fate could not notice, long enough to fully accept the new karma as his own. For Genius is precise as such, to act out of range of all external influences even at the cost of complete destruction and wasting of one whole incarnation. Genius is such as it is because it is just as such and like no other.

If you liked this text, feel free to subscribe to my Blog.